UPDATE: THIS PRE-ORDER OFFER HAS ENDED!

THE FINAL SIX is now officially on sale! Thank you to everyone who participated in this pre-order offer. Your gift packs are scheduled to go out in late March/early April, once we’ve had a chance to review all of your submissions. Additionally, the grand prize winner will be announced on this page and my social media accounts later this month. Stay tuned!

Don’t be sad if you missed out on this offer, because I have a special treat for you! I’ve teamed up with Royal Digital Studio on Instagram for an exclusive Release Giveaway!!! Click here to learn how you can enter to win a bunch of signed books & amazing FINAL SIX themed prizes!

*This Pre-Order Offer has been EXTENDED THROUGH 3/10 exclusively for my newsletter subscribers! Plus, when you subscribe to my newsletter you will automatically be entered in my quarterly giveaway. Simply fill out the form below to receive your instructions.

Pre-order a copy of THE FINAL SIX to receive an exclusive gift pack! Plus, U.S. participants will be entered for a chance to win a visit from the author!!!

ABOUT THE FINAL SIX 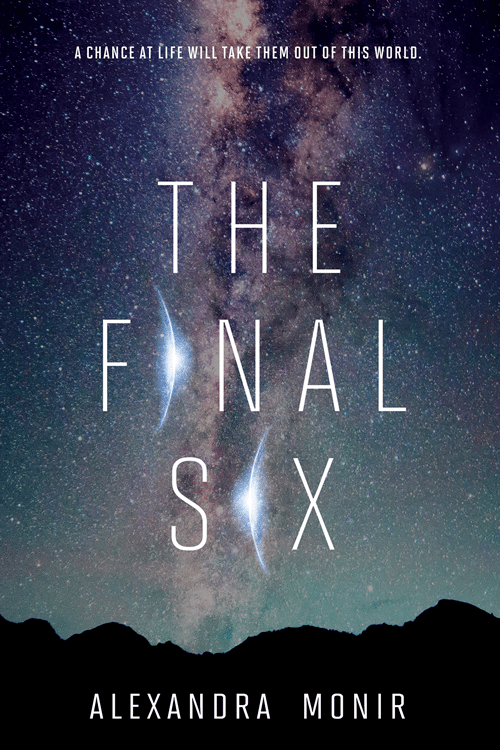 Set in the near future, this action-packed YA novel—already optioned by Sony Pictures—will take readers out of this world and on a quest to become one of six teens sent on a mission to Jupiter’s moon. This is the next must-read for fans of Illuminae and The Martian.

When Leo and Naomi are drafted, along with twenty-two of the world’s brightest teenagers, into the International Space Training Camp, their lives are forever changed. Overnight, they become global celebrities in contention for one of the six slots to travel to Europa—Jupiter’s moon—and establish a new colony, leaving their planet forever. With Earth irreparably damaged, the future of the human race rests on their shoulders.

For Leo, an Italian championship swimmer, this kind of purpose is a reason to go on after losing his family. But Naomi, an Iranian-American science genius, is suspicious of the ISTC and the fact that a similar mission fail